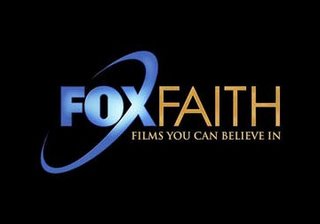 Sharon Waxman, writing for the New York Times, explains how Hollywood has suddenly become aware of a very profitable audience it had begun to leave behind:

...Hollywood took another step toward America's vast and apparently growing Christian audience on Tuesday, as 20th Century Fox unveiled a new division, FoxFaith, that will release up to a dozen religious-oriented films each year.

Many of the films, with budgets ranging from about $3 million to $20 million each, will be released straight to DVD. But the studio said that at least six a year would be released nationally in theaters by an independent distributor working with Fox, starting on Oct. 6 with "Love's Abiding Joy," a western based on the novel by the Christian writer Janette Oke about a couple facing the trials of life on the American frontier.

"What we're trying to do is create great movies that are story-driven, that happen to tap into Christian values," said Simon Swart, the general manager of Fox's North American home entertainment division.

The move reflects the growing weight of evangelical Christians in popular culture. It is the latest in a series of incremental steps taken by Hollywood studios in recent years to capitalize on the Christian audience...

Read the rest of this article here.
Posted by DH at 2:08 PM