The Sensitive, Tolerant (and Politically-Correct) Kind of Evangelical 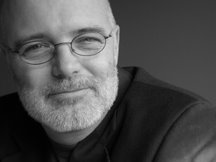 When the Washington Post reports on evangelical Christianity, one expects the typical kind of sneering skepticism to dominate the coverage. Ah yes; but that's when the Post covers Jerry Falwell, James Dobson or the Southern Baptists. But when the "evangelicalism" under consideration is decidely to the left, that's a whole different game.

...Brian D. McLaren of Laurel, one of contemporary Christianity's hottest authors and founding pastor of Cedar Ridge Community Church in upper Montgomery County...offers an evangelical vision that emphasizes tolerance and social justice. He contends that people can follow Jesus's way without becoming Christian. In the latest of his eight books, "The Secret Message of Jesus," which has sold 55,000 copies since its April release, he argues that Christians should be more concerned about creating a just "Kingdom of God" on earth than about getting into heaven.

Along with such other progressive evangelicals as Washington-based anti-poverty activist Jim Wallis and educator Tony Campolo, McLaren is openly critical of the conservative political agenda favored by many evangelicals.

"When we present Jesus as a pro-war, anti-poor, anti-homosexual, anti-environment, pro-nuclear weapons authority figure draped in an American flag, I think we are making a travesty of the portrait of Jesus we find in the gospels," McLaren said in a recent interview...

..."I don't see the issue of homosexuality as the simple black-and-white issue that some of my fellow evangelicals make it out to be," said McLaren, who last year was named by Time magazine among the "25 most influential evangelicals in America."

And while not happy about widespread abortions, he added, "to just say 'Okay, let's pass laws about it' seems to me to skip a number of important steps, like honest and open dialogue, persuasion and seeking to remove the conditions that make abortion so prevalent...."

McLaren, whose books are published by Zondervan, is all over the place: books, internet articles, speaking engagements. And he's certainly in the center of a new movement - one strong on hip terms like "missional" and "emerging church" but very weak on biblical theology and ethics. So, as you might guess, not everybody is finding his "post-modern Jesus" a believable figure.

For instance, Steve Camp said about McLaren's book, A Generous Orthodoxy, "There are no rules, no models, no denominational walls; no truth constraints; no theological grids; no ecclesiastical structures; no polity; no historic faith; no seemingly observance of hermenuetics for properly interpreting Scripture; no common meta-narratives; and not even any agreed definitions to common biblical terms and truth. It's just him learning, growing, evolving, experiencing, left unfinished kind of Christianity."