Oh, You Can Get IN College; You Just Cant Get THROUGH College 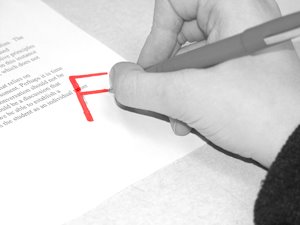 Because [Mr. Walton] had no trouble balancing his checkbook, he took himself for a math wiz. But he could barely remember the Pythagorean theorem and had trouble applying sine, cosine and tangent to figure out angles on the geometry questions.

Mr. Walton is not unusual. As the new school year begins, the nation's 1,200 community colleges are being deluged with hundreds of thousands of students unprepared for college-level work.

Though higher education is now a near-universal aspiration, researchers suggest that close to half the students who enter college need remedial courses.

...Michael W. Kirst, a Stanford professor who was a co-author of a report on the gap between aspirations and college attainment, said that 73 percent of students entering community colleges hoped to earn four-year degrees, but that only 22 percent had done so after six years.

"You can get into school," Professor Kirst said. "That's not a problem. But you can't succeed."

Nearly half the 14.7 million undergraduates at two- and four-year institutions never receive degrees. The deficiencies turn up not just in math, science and engineering, areas in which a growing chorus warns of difficulties in the face of global competition, but also in the basics of reading and writing.

According to scores on the 2006 ACT college entrance exam, 21 percent of students applying to four-year institutions are ready for college-level work in all four areas tested, reading, writing, math and biology.

The above excerpt is from a NY Times story (which you can't link to unless the reader subscribes) written by Diana Jean Schemo earlier this month.

And they keep telling us that the government's education monopoly is a working success?
Posted by DH at 3:41 PM