Culling Embryos to Get a Perfect Baby 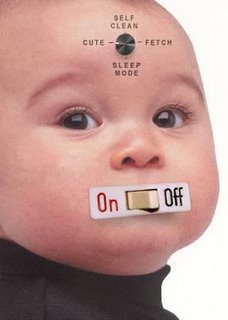 You need to subscribe to the New York Times in order to read their articles so that's why I dispense with the link and just give you a relevant excerpt when I refer to one of their stories. This one is from a piece by Amy Harmon from September 3 headlined, "Couples Cull Embryos to Halt Heritage of Cancer."

But some people who believe life begins with conception think [preimplantation genetic diagnosis] is as unethical as abortion and perhaps more pernicious because it is psychologically less burdensome. Unused embryos may be frozen indefinitely, skirting one moral issue, but at a cost of several hundred dollars a year. Reproductive Genetics Institute, a leading P.G.D. lab in Chicago...said about half the embryos containing the unwanted genetic profile were discarded and half donated to research.

...Already, thousands of couples who are undergoing in vitro fertilization to overcome infertility use P.G.D. to weed out embryos that harbor common chromosomal disorders that would otherwise be screened for by amniocentesis. Fertility experts say they may be the first to take advantage of the procedure for a range of other genetic conditions.

..."It's like children are admitted to a family only if they pass the test," said Denise Toeckes, 32, a teacher who tested positive for a BRCA mutation. "It's like, 'If you have a gene, we don't want you; if you have the potential to develop cancer, you can't be in our family.' "