The Spending Addiction of American Politicians 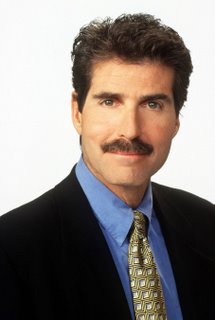 These are tough days for political satirists. Any satire about government boondoggles is soon upstaged by an actual government program that's more inane than anything comedians could invent. After the 9/11 attacks, Congress passed a compassionate piece of legislation called the Supplemental Terrorist Relief Act. It was to give low-interest loans to small businesses disrupted by the attacks, allowing them to rebuild. The loans were supposed to help hotels, retailers, and small service businesses in lower Manhattan.

But, as usual, the government passed your money out everywhere. Terrorist Relief Act loans went to Dunkin' Donuts shops in Connecticut, Pennsylvania, Georgia, Vermont, and Ohio. The manager of the Essex Junction, Vt., Dunkin' Donuts defended his loan, saying 9/11 affected his business. "Instead of getting probably a large coffee and a couple of doughnuts," Tony Silva said, his customers got "a small coffee and a doughnut..."

John Stossel explores the wild, wacky and wasteful ways of American government spending in this exasperating column.
Posted by DH at 4:07 AM