The "Emergence" of the Religious Left 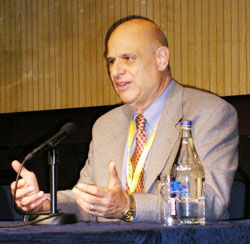 Religious liberals have been around for a long, long time. However, the MSM (mainstream media) is starting a campaign to suggest that these folks represent a new, hopeful development in their own battle against conservative values. This CBS News story is an example.

But the truth is that religious liberals are on the ropes. Note, for examples, the declining attendance in their churches and their declining influence in the public square. After all, who needs milquetoast preachers like Tony Campolo, Jim Wallis, Bill Moyers and so on when the secular liberals are more focused, more experienced and far more effective?

No, it is the Bible-oriented evangelicals and traditional Roman Catholics whose ranks are growing. It is their churches that are pushing out the walls; their radio and television programs that draw the listeners; their web sites that count up the hits; their political power that remains on the rise; and their activism which is increasingly influential. So influential indeed that Tony and all his pals in the World Council of Churches, the dying denominations and the MSM are becoming more frantic and hostile than ever before.

So, sure; the MSM will try its best to create out of the whinings of displaced liberal preachers a "movement," but it is one made only from the usual smoke and mirrors.
Posted by DH at 8:46 AM