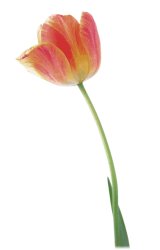 In their recently concluded annual meeting, the Southern Baptist Convention elected Rev. Frank Page, pastor of the First Baptist Church in Taylors, S.C., as president. Page is the author of "Trouble with the TULIP: A Closer Examination of the Five Points of Calvinism," a small book with a very limited audience but one which took a definite position against Calvinism, a trend of theological thought that has become increasingly popular in SBC circles in recent years. Page's election certainly will not end the controversy but it perhaps does signify that a substantial number of Southern Baptists have decided to hold their ground against such doctrines as limited atonement and irresistible grace.

Previous to the election, the convention provided an excellent chance for the controversy to be considered in a kind-hearted but careful way. The convention featured two general sessions entitled, "Reaching Today's World Through Differing Views of Election, "and featuring two of the SBC's most well-respected leaders, Dr. R. Albert Mohler, president of Southern Baptist Theological Seminary in Louisville, Ky., (arguing for Calvinism) and Dr. Paige Patterson, president of Southwestern Theological Seminary in Fort Worth, Texas, (arguing against Calvinism).

The sessions both attracted standing room only crowds, signifying how keenly felt is this new and growing division in the ranks. And, in a great service to the SBC faithful (and all the rest of us), the Baptist Press online version has provided a detailed description of those sessions. So, don't be afraid of theology. Check out the BP article right here and give it an attentive read.
Posted by DH at 10:22 PM