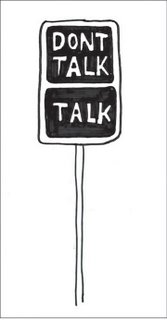 The high school in question (Midway High in Wilimington, North Carolina) promotes freedom of speech when it comes to the promotion of homosexuality as a fine, upstanding "lifestyle." Therefore, it participated enthusiastically in several elements of the Day of Silence created by the Gay, Lesbian, Straight Education Network including passing out literature, public displays and classroom activities.

--- when a Christian 9th-grader, Ben Arthurs, wanted to wear a "Day of Truth" T-shirt and pass out brochures explaining the Bible's teaching about homosexuality (outside of class, by the way), he was forbidden and then suspended.

You can read the story from the Alliance Defense Fund page right here (or even look at the official complanit filed by the ADF in Ben's behalf here). But here are the basic points...

“School officials shouldn’t be treating religious students any differently than they treat other students,” said ADF Senior Legal Counsel David Cortman. “Other students at the school were allowed to participate in the Day of Silence, showing their support for the homosexual agenda by handing out flyers and remaining silent throughout the school day. Yet the school suspended this ninth-grader for expressing a different perspective during non-class time. This is unconstitutional treatment, plain and simple...”

...The student and his family contacted ADF for assistance, and ADF sent a letter to school and district officials explaining how treating this student differently and suppressing his speech violated his constitutional rights under the First and 14th amendments.

Sampson County Board of Education Superintendent Stewart Hobbs responded that religious T-shirts would not be allowed and that no religious literature could be distributed because Arthurs would be “pushing his religion on others” and “religion is not allowed in school.”

“Apparently, religion is not allowed in Sampson County schools unless the belief system in question supports the homosexual agenda,” said Cortman. “Public schools are open to the public, and that includes Christian families, too, who pay taxes and have the right to send their children to public schools without facing viewpoint discrimination...”
Posted by DH at 5:32 PM