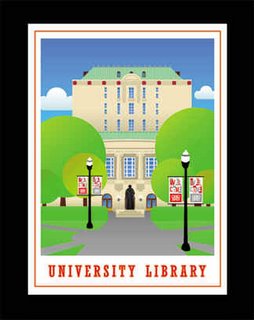 The story isn't yet up on the ADF site but by clicking on the title of this post you can read David Limbaugh's take on the story. Also here is how the Family Research Council e-mail update described things ---

Common sense has broken out in Ohio--even on a college campus. Allegations of "sexual harassment" against Scott Savage have been dropped. He is the librarian at Ohio State University's Mansfield campus who recommended David Kupelian's Marketing of Evil as a balance to the wholly liberal reading selections offered by Savage's fellow committee members. Because he made this recommendation, Scott Savage initially faced complaints of sexual harassment from two faculty members.

In these days of political correctness the mere charge of sexual harassment or hate speech can jeopardize a career. That's why Scott Savage's lawyer David French says his client may sue his accusers. French, who works with our friends at the Alliance Defense Fund (ADF), says it's "absurd" to suggest that merely recommending a conservative book for freshmen to read is threatening anyone. French says Savage, a devout Quaker, is considering litigation because of "damage done to his career and reputation." He has already filed a formal complaint with the university of false accusation by the two liberal profs.

We're happy for Scott Savage, but we know this case is not over yet. This case also demonstrates that when we push back against campus bullies, we can often force them to back down. Once again, we applaud the effort of our allies at ADF for their courage and skill.
Posted by DH at 11:23 AM