The Real Votes for Best Picture 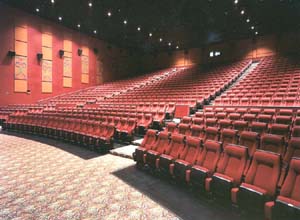 Do you actually think that the Oscar awards reflect what are Hollywood's best movies?

Of course they don't and they haven't for years. It's all about political correctness and the far-left snobbery of the Academy's small number of voters. A more reliable, sensible test would be ticket sales. After all, that's why the movies are made -- to make money.

So, how do the Academy's best picture nominees stack up in this test?

Well, let's see. The Lion, the Witch and the Wardrobe grossed more profits than all five of the Academy's nominees combined. And it wasn't even the biggest film of the year! Here, in fact, are the top five in order: Star Wars: Revenge of the Sith; Harry Potter and the Goblet of Fire; The Lion, the Witch and the Wardrobe; War of the Worlds; and King Kong. These films together grossed nearly 1 and a half billion dollars with the average of the five hovering around $125.4 million each!

And the Academy's Best Pictures? Even with all of the hype and publicity, the most profitable of the movies was Brokeback Mountain. It comes in at #26 in this year's list of profits. The others? Crash, the eventual winner of the Oscar, was 49th; Munich was #64; Good Night and Good Luck was 89th; and Capote slid in at #100. Some difference, huh? In all, these 5 Academy Award nominees for Best Flick averaged just over $26 million in profits.

There could be no clearer "picture" that the Hollywood ignorati is way out of step with the American moviegoers when it comes to taste, style and cultural philosophy.
Posted by DH at 8:52 AM