It's A Start: The FCC Writes a Few Tickets 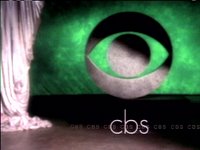 From the Reuters story about the FCC finally doing its job ---

U.S. communications regulators on Wednesday proposed $3.9 million in fines against scores of television broadcasters for violating federal decency limits, including a record $3.6 million for stations that aired a show [an episode of "Without a Trace"] depicting group sex...

The agency also upheld its decision to fine 20 CBS stations $550,000 for a stunt in which pop singer Janet Jackson exposed her breast during the 2004 Super Bowl halftime show.

"These decisions, taken both individually and as a whole, demonstrate the commission's continued commitment to enforcing the law prohibiting the airing of obscene, indecent and profane material," FCC Chairman Kevin Martin said in a statement.

"Taken both individually and as a whole, we believe that they will provide substantial guidance to broadcasters and the public about the types of programing that are impermissible," the FCC said in its order.
Posted by DH at 7:21 PM