The German "Birth Dearth" -- An Update 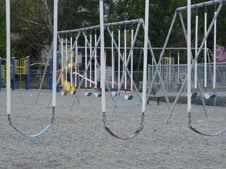 There is no doubt that advancing technology in such things as ultrasound and fetal surgery (added to the prayerful persistence of pro-life advocates in their various ministries) has created a backlash against abortion. Polls show pro-life attitudes are gaining ground everywhere, but especially among the young, and bold new moves by veteran pro-lifers have resulted in Supreme Court nominations, the momentous victory in that Court for pro-lifers' freedom of speech and assembly won by Joe Scheidler, groundbreaking developments in state legislation in South Dakota and elsewhere, and so on. Abortion zealots are not enjoying themselves.

And now piling on to all these factors is the awakening of politicians, sociologists and taxpayers in general to the looming cultural and economic crises created by decades of abortion and the contraceptive mentality. I have posted many entries dealing with the "birth dearth" here on Vital Signs Blog and it is of profound significance that these have not been commentaries from pro-life writers but rather news stories from MSM sources...like this one from UPI concerning Germany's population woes.
Posted by DH at 12:05 PM