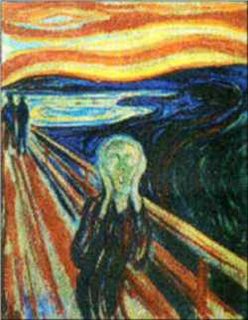 Liberals hate sex. No, not that— the other kind. While they support sexual acts in all possible permutations, the male/female distinction drives them round the bend. For the worst sufferers, the mere sight of those little bathroom door stick figures can induce apoplexy or delusions of sex as a social construct and gender as a continuum.

But on college campuses, psychotic is very trendy. Next fall, my university will follow the lead of other schools by adding an 'other' category to the gender section of admissions forms so that "students will now be able to express exactly who they think they are." In short, unfortunate delusions are to be treated as perfectly acceptable.

There are, to be sure, rare individuals who are born intersexed (possessing attributes of both sexes), but in the Western world corrective surgery assigns a distinct sex soon after birth. Note also that the interested "I" wasn’t added into the ever-growing acronym of sexual minorities seeking liberation (currently at LGBTQQIA) until recently; the transgendered and transsexual made it in much earlier.

The push for recognizing "gender variance" has little to do with genuine biological aberrance. Its goal is not to treat those burdened with physical forms that are imperfectly realized more charitably, but to abolish sex by destroying the normative standard...