Superman To Stand In for Jesus in British Schools 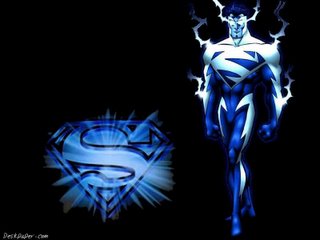 Modern religious educators are frequently so "progressive" that they outdistance common sense, let alone serving to discredit the foundations of the very religion they are trying to promote. Believing that the Holy Spirit needs their help, such teachers are ever on the make to develop newer, hipper methods to communicate religious truth than those stodgy old things like Scriptural authority, careful indoctrination in the Bible's teaching, and a spirituality which emphasizes obedience and faith over personal happiness and church growth.

Here's a news story describing one of the latest tricks being tried by the religious education teachers in some U.K. schools -- an effort to make Jesus more exciting by linking Him to Superman. Hmmm. Superman is certainly an admirable fellow; at least he was in the relatively wholesome form he took in the 40's and 50's. But to imagine that Jesus -- the incarnate Word; He Who holds all things together by the word of His power; He Who tasted death for all men in order to pay for their sins against Him; the sinless lamb of God Whose next physical appearance will be as the Lion of Judah Who will judge the quick and the dead -- to imagine that Jesus needs elevation by a comparison to Superman!

British religious educators (like those ultra-moderns in America's churches) need to simply teach the truth of God in its principled, liberating beauty instead of scrambling for help from the comics.
Posted by DH at 11:06 PM