In the Abortion Controversy, Which Side Is the One Afraid of Argument? 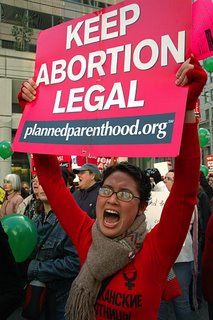 Southern Baptist theologian and educator, Dr. Al Mohler, considers this question in the current editorial on his excellent web site. Actually, he points primarily to the answer given in a recent article published in the new issue of Society, one of the nation's most influential social science journals. The author of that article is Jon A. Shields from the University of Virginia's Center on Religion and Democracy.

..."If the conventional wisdom is correct, the religious right is once again corrupting American democracy by pushing religious dogma over and against science and reason," Shields asserts. Nevertheless, he goes on to prove that the "conventional wisdom" is anything but wise.

"These critics . . . have got it almost nearly backwards," he argues. "Ironically, it is actually the secular left that has undermined a national discussion on vital bioethical questions--such as when a human organism deserves state protection--by depicting them as fundamentally religious and therefore beyond legitimate public debate." Another of Shields' assertions is likely to catch considerable attention: "Even more surprising, the religious right increasingly embraces sophisticated philosophical arguments in its effort to convince Americans from across the political spectrum that embryonic stem cell research and abortion are not religious issues." Or, that they are not merely religious issues...