"Bioethics" -- The Hoax of the Century? 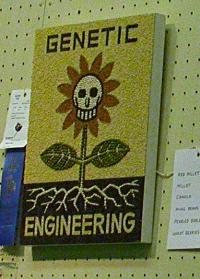 The word "bioethics" has become the umbrella term for a whole host of unprincipled activities as well as a great deal of "science fiction" used to disguise the impracticality (or even worse, the sheer wickedness) of genetic manipulators. But then, distorting the language is simply the first sinster step towards distorting the morality of medical practice itself. Thus, a re-defintion of conception (clearly unscientific and inaccurate) to mean implantation rather than fertilization or the use of terms like "delayed personhood" are but the precursors to surgical abortion, the use of abortifacient chemicals and devices, the variety of in vitro fertilization techniques, cloning, physician-assisted suicide, living donor organ transplants, and other horrors.

It is this fraudulent science (inaccurate, immoral, and full of false promises and wishful thinking) that Dr. Dianne Irving and embryologist Dr. Ward C. Kischer referred to as "the hoax of the century" in their 1995 book, The Human Development Hoax. As Dr. Irving says, "We could have never [in 1995] imagined in our wildest dreams the explosion of false and decadent science that was to come in the human cloning and human embryonic stem cell research debates - what I would call 'the hoax of the millennium'. Enough is enough. This has got to stop."

Clicking on the title of this post will take you to Dr. Irving's comments on an article just published in Genetic and Engineering News about the connections between the Stanford Bioethics Consultants and the most brazen of the genetic manipulators.

Dr. Irving's professional activities include teaching positions at Georgetown University, Catholic University of America, and The Dominican House of Studies. She is a former career-appointed bench research biochemist/biologist (NIH, NCI, Bethesda, MD), an M.A. and Ph.D. philosopher (Georgetown University, Washington, D.C.), and Professor of the History of Philosophy, and of Medical Ethics. So, yes...Dr. Irving knows what she's talking about.
Posted by DH at 10:59 AM