Belarussian Dictator Next In Complaining of "Birth Dearth" 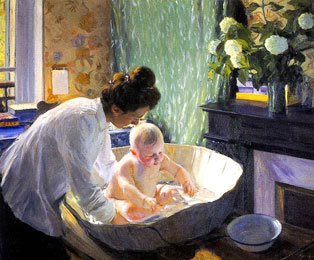 As we've been mentioning here in recent weeks, several European governments (and Japan) have seemed to suddenly wake up to the economic and social crises they face from the effects of the sexual revolution, abortion and the contraceptive mentality. Now from RFE comes the news that even the corrupt Communist President of Belarus is expressing alarm.

Alyaksandr Lukashenka said on February 8 that every Belarusian family should have at least three children, a far cry from the abortion-heavy practice of women in that country for decades.

"The most global problem that the country is now facing is that only 10 million people live on our pretty large territory," Lukashenka said at a cabinet meeting. "We may not speak about security if there's no one to protect this land." The Belarusian president said he is sure that Belarus "can feed 30 million people," adding that the government should find ways to support families with three or more children.

"We should say clearly: If a family has three children, it has the right to buy an apartment at half the price, for instance. Special baby food stores will be opened. Third, a family should have enough money to maintain children."
Posted by DH at 7:58 AM