Another Example of the Left's "Selective Censorship" 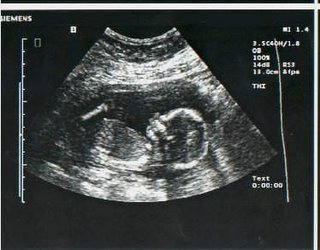 From Life News comes this report:

An Illinois newspaper is coming under fire from pro-life advocates for censoring pro-life advertisements featuring babies and ultrasounds as "too graphic" to be allowed. In an interview, the Joliet Herald-News newspaper defends its decision. Will County Right to Life attempted to purchase ads on the January anniversary of the Roe v. Wade decision, but the newspaper told them no. When asked by the Cybercast News Service about the decision, the paper's advertising manager, Steve Vanisko, stood by the "too graphic" label. He said the newspaper reserves the right to deny any ad for any reason.

He first denied the term "too graphic" was used to reject the ads, but later admitted that's what he told the pro-life group. "That's not what I'm saying (that the term 'graphic' was never used)," Vanisko told CNS News. "I'm saying that the newspaper reserves the right, just like any other paper, to reject any ad for any reason. And that's what we did. Period. End of story."

Jill Stanek, an Illinois nurse who exposed life-birth abortions that led to legislation signed by President Bush protecting babies who survive botched abortions, condemned the refusal to run the ads. "Since when are ultrasounds "graphic," she asked. "In fact, these ultrasound photos are beautiful. Parents proudly display them on their refrigerators, for goodness sakes."

For more on this story, check out Jill Stanek's article right here. You'll also find there links to others who have picked up the story thanks to Jill's reporting. They include Fox News and Janet Folger.