3 Questions to Ask Your High School Biology Teacher About Evolution 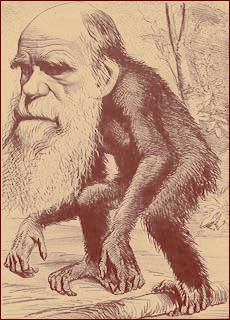 The case for evolution is greatly overstated. Nevertheless, most biology textbooks have errors, misstatements, and biased data about evolution. In sum, here are three questions to ask your biology teacher or anyone else who may believe in the theory of evolution:

1. Origin of Life: Why do textbooks claim that the 1953 Miller-Urey experiment shows how life's building blocks may have formed on the early Earth -- when conditions on the early Earth were probably nothing like those used in the experiment, and the origin of life remains a mystery?

2. Darwin’s Tree of Life Why don't textbooks discuss the "Cambrian explosion," in which all major animal groups appear together in the fossil record fully formed instead of branching from a common ancestor -- thus contradicting the evolutionary tree of life?

3. Human Origins. Why are artists' drawings of ape-like humans used to justify materialistic claims that we are just animals and our existence is a mere accident -- when fossil experts cannot even agree on who our supposed ancestors were or what they looked like?

These three questions conclude a very good little article over at Planet Wisdom written by Sean McDowell. And yes, the article includes a more thorough explanation of these questions. It is a nifty article to print off and hand out to the junior and senior high school students you know and, for that matter, the rest of us who have been sold the same evolutionary bill of goods.