Among the Costs of Going Green -- Unemployment 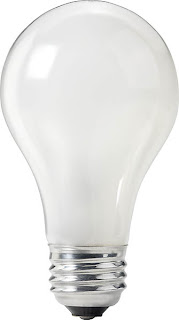 Like many other American workers are discovering, one of the effects of going green is going on the unemployment line. For although there are burgeoning opportunities for new products (due to government-mandated energy requirements), the costs of manufacture are driving companies overseas.

Therefore, when the last major GE factory making ordinary incandescent light bulbs in the United States closes this month in Winchester, Virginia, the workers there cannot simply transfer to the new GE factory which is building the new CFL bulbs.

President Obama has spoken eloquently about his dreams of seeing "Made in USA" on a whole batch of new products -- from light bulbs to cars to plastic toys. But without an enormous shift in government (and labor union) policies, that simply cannot occur. Production costs here cannot even begin to compete with those available in other countries.

In reporting on this story, the Washington Post suggests that "Under the pressures of globalization, the number of manufacturing jobs in the United States has been shrinking for decades, from 19.5 million in 1979 to 11.6 million this year, a decline of 40 percent. "

But that doesn't tell the whole story -- unless within those "pressures of globalization" the Post reporter includes such things as U.S. government taxes, U.S. government regulations and U.S. government acquiescence to trade unions which deny a person's freedom to work at a wage he's willing to take.

Until changes in those policies occur (and they certainly are nowhere on the horizon), the flight of manufacturing jobs (even of the greenest kind) will continue until there's just nothing left.
Posted by DH at 11:42 AM