Colorado Hispanics Favor Arizona-Type Law for Their State Too 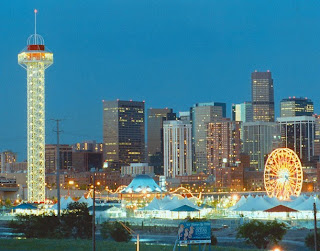 Though Colorado Democrats and their pals in the press are trying to downplay (even discredit) a Denver Post poll which asked Coloradans about illegal immigration, the results were compelling. For despite all of the biased reporting the liberal media across the nation has done on the new Arizona law, most citizens of her neighbor to the northeast like very much what Arizona did.

And they'd like it to be the law in Colorado too!

A Denver Post/9News poll conducted in conjunction with The Tribune showed most Colorado voters would like to see the state adopt a similar immigration law to that passed by Arizona.

And note this -- a higher percentage of Hispanic voters (62 %) would support a law similar to the one in Arizona in Colorado than would whites (61 %). Interesting. It shows that most Hispanic-Americans understand the Arizona law isn't about racism or even opposition to immigration. It's about a state trying to curb illegal immigration only.

Also, the breakdown of the poll results showed a majority of Coloradans supporting an Arizona-type law in all categories: Denver residents (58%), younger citizens (58%), college grads (56%), etc.

Of course, the news is out that the Obama administration is going to challenge the Arizona law in court. But as this poll shows, it's just one more example of how the President is not only out of step with American citizens, he flat out doesn't care.
Posted by DH at 11:14 AM