Don't You Think the Government Should Take Over Your Investments? 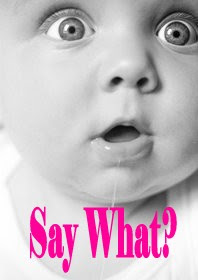 This week Argentina’s leftist president, Christina Kirchner, announced she would move forward with her plan to seize the nation’s private pension funds. Kirchner claims government seizure of the funds is needed to protect Argentinians from the global market crisis. But most observers believe her real motive is to use the $30 billion in seized assets to ease the massive debt obligations her leftist spendthrift government has run up. The move is unprecedented even by Argentina’s past socialist standards. Leftist icon Juan Peron called the nationalization of private pensions “theft” in a 1973 public address.

But desperate times call for desperate measures. And Kirchner has eagerly pointed to the unprecedented state interventions in the economy by the U.S. and Europe to help justify her policies. The proposed plan has already sunk Argentina’s markets and sent the Peso to new lows. But how does all this affect you? Enter liberal chairman of the House Committee on Education and Labor, Rep. George Miller (D-CA).

Earlier this month, Miller held a hearing on how the market crisis has hurt retirement savings plans. Miller wants to allow Americans to trade in their 401(k)s for guaranteed government bonds. Fair enough. So far he isn’t forcing anyone to do anything. But then Miller also added this: “With respect to the 401(k), it appears to be a plan that is not really well-devised for the changes in the market. We’ve invested $80 billion into subsidizing this activity. … [W]e have to start to think about in Congress of whether or not we want to continue and invest that $80 billion for a policy that is not generating what we … say it should.” In other words, Miller believes government owns the money you put into your 401(k) every month, and that it is considered government “spending” when he lets you keep that money. As a result, Miller wants to eliminate $80 billion in tax-savings “rich” Americans receive by investing in their 401(k)s.

But you’re not rich, you say. Well, unfortunately, you don’t get to decide whether or not the IRS considers you rich. Congress and the White House do. And Barack Obama and Joe Biden have been steadily lowering the bar on the definition of who is rich and who isn’t. In July, Obama claimed those who made more than $250,000 a year are rich. Then in an ad called “Defining Moment,” released earlier this month, that definition was lowered to those making more than $200,000 a year. Then in an interview last week, Biden lowered the bar even further, saying an Obama administration could only promise not to raise taxes on “people making under $150,000 a year.”

Like his leftist ally in Argentina, Obama has a laundry list of new spending priorities that are guaranteed to drive up the federal debt. Altogether, Obama is promising at least $4.3 trillion of increased spending and reduced tax revenue over the next 10 years. He’s going to need to take money from someone to make up that shortfall. As Kirchner showed, that someone is you.