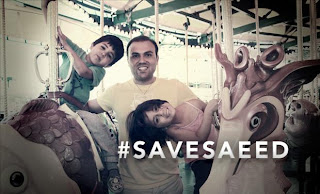 An appeals court in Tehran has rejected the appeal and even refused to reduce the 8-year prison sentence of Saeed Abedini, the Iranian-American pastor who has been unjustly imprisoned in Iran's brutal prison system.

“While we remained hopeful that Iran would use its own appeal process to finally show respect for Pastor Saeed's basic human rights, again Iran has demonstrated an utter disregard for the fundamentals of human rights,” said Jordan Sekulow, Executive Director of the ACLJ, which represents Pastor Saeed’s wife and their two children. “We are exploring all options with Pastor Saeed’s family, including options in this country and abroad to bring more pressure on Iran from the U.S. and other countries around the world. The decision is deeply troubling and underscores Iran’s continued violation of principles of freedom of religion, association, peaceful assembly, and expression.”

Sekulow added: “This legal decision also signals a new level of concern for Pastor Saeed’s safety. By keeping the 8-year prison sentence in place, Pastor Saeed, now potentially faces additional beatings and abuse inside Evin Prison – treatment that has significantly weakened him during his first year in prison.”

Let's step up the prayers and, as we've asked here before, let's also share our concerns with the temporal powers. For instance, write your Senators and Congressmen asking them to step up the pressure on Iran to free Saeed. (Contact info right here.) Write Secretary of State John Kerry with the same appeal. (Contact info below.) And go ahead and write Iran's diplomatic minister to the United States. Ask him to please urge his government to demonstrate genuine justice by immediately releasing Saeed Abedini.