You Gotta' Have Heroes 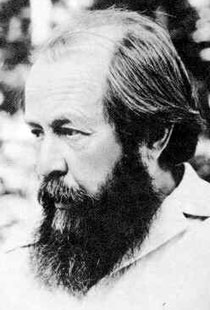 My library is a special place to me, in large part, because it is a place where my heroes dwell.  You remember heroes, don't you?  Those men and women who bravely fought for great causes, sacrificed for lofty ideals, and otherwise broke the bonds of compromising commonality to achieve noble aims.  In addition to my faith in Jesus Christ and my dependence on the Holy Spirit...in addition to my zeal to study the Bible and learn well its revelations and precepts, I've joyously accepted the gifts God has given me in mortal heroes also. And I've cherished the inspiration that those heroes have brought me throughout my life -- heroes whose character and deeds of physical and moral valor compel me to dream bigger, reach further, and relish more the adventures of life.

Even the fictional heroes that lived first in my library (but now also in my heart) are motivating friends. Sherlock Holmes, Sydney Carton, the Count of Monte Cristo, Richard Hannay, Robinson Crusoe, D'Artagnan and the Musketeers, Mr. Pickwick, the Scarlet Pimpernel, Frodo and Sam, and so many others. The Lord uses even them to provide me with stimulation and guidance.

Heroes, quite literally, surround me in my library as they look down upon me from photos and artwork on the walls. Ronald Reagan is there as is Winston Churchill. Joshua Chamberlain at Gettysburg. Lawrence of Arabia and Ulysses S. Grant. Iconographic pictures of Saint Nicholas and Saint George. And rightfully joining these are heroes who are even closer to me, many photos of Claire and of my late father and mother, Alva and Ionia Hartford.

Heroes have shaped my life in ways too numerous and deep to ever fully realize. They have called me outside of my narrow self-interests and emboldened me to embrace the adventurous opportunities life provides for character, integrity, courage, and religious faith.

Where would I be without heroes?
Posted by DH at 10:13 AM