Planned Parenthood Has a Friend in Phoenix Prosecutor 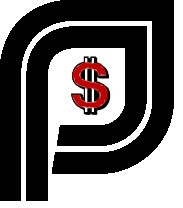 When it comes to the holocaust of abortion, there's plenty of blame to go around, starting with the thugs who murder the children for profit; the media who have so grossly distorted (if not ignored altogether) the facts of the matter; the judges who shoved the heinous, unnatural "rights" of abortion into the Constitution; the politicians who callously let the killing go on unabated; the preachers who refuse to sacrifice their own comfort to their duty to preach the Word and lead their flocks against such barbaric bloodletting; and, of course, the parents of the children who are sacrificed.

But also in the ranks of those most responsible are the prosecutors who ignore the laws that do exist in order to let abortion crimes go without any interference at all.

Such is the case with County Attorney Andrew Thomas down in Phoenix who has decided not to pursue Planned Parenthood's criminal behavior in covering up statutory rape.

Here's the story from LifeNews.
Posted by DH at 9:01 AM